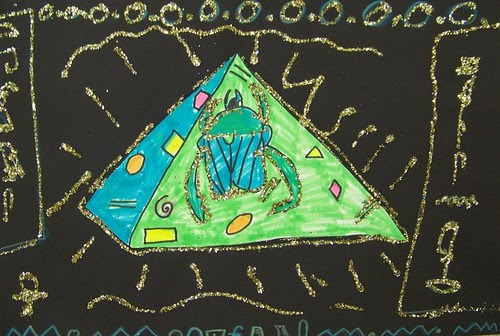 My 2nd grade artists have been learning about Egypt. I was inspired by Megan, at The Elementary Art Room, who told be about a project she did on Britto's pyramid.  I have been wanting to do a project with the contemporary artist Romero Britto for a while, but I had no idea that he had created large scale pyramids for London's Tutankamen exhibit.  I was excited to try to tie together the old and the new. 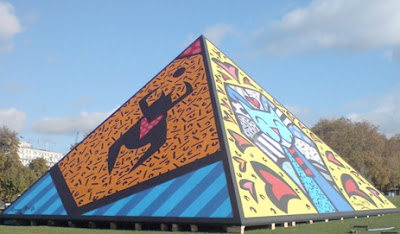 Studnets began by drawing their pyramids on white tagboard.  We drew the simple pyramid shape together and then I told them they could pick what Egyptain symbols they wanted to add.   I had handouts of differnet Egyptain symbols for students to refer to.  I especially like Ralph Masiello's Ancient Egypt Drawing Book

I also showed students some of Britto's sketches... 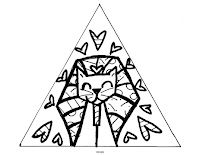 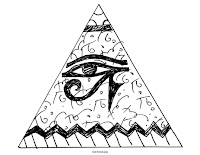 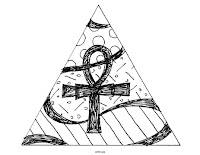 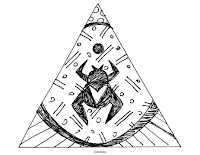 The studnets drew their designs, added sharpie then colored with flurescent markes.  When then finshed they cut out thier pyramid and glued it to black paper.  Finally they added hieroglyphics of their name with gel markers and me added some glitter. 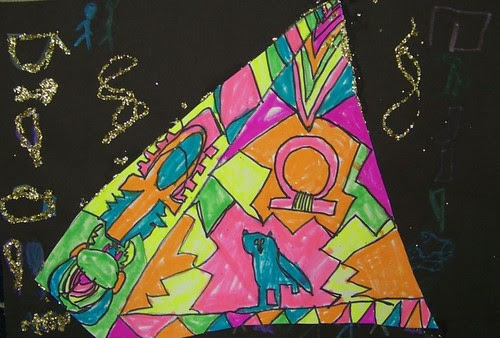 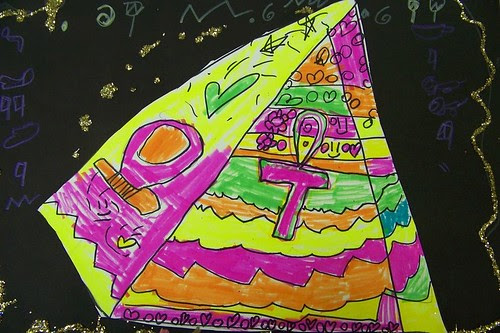 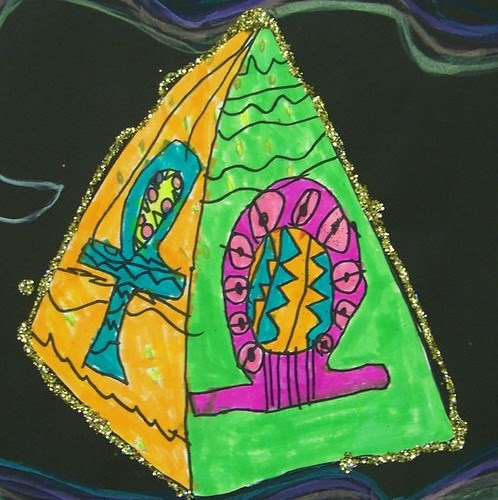 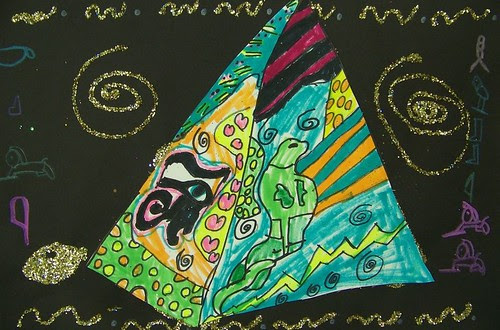 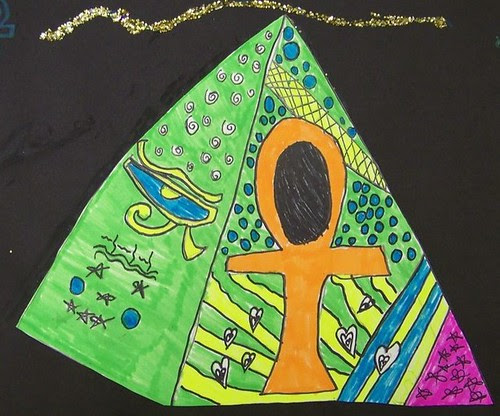 Posted by Kristyn DeMint at 4:14 PM

Kristyn DeMint
I am in my fifth year teaching art and love my job! I am inspired by all the art teachers who blog. I thought I would give it a whirl. You guys are my greatest resource. I hope to share what my students are doing too.